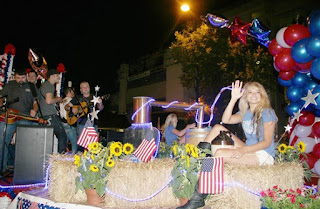 The 40th annual Gatlinburg 4th of July Midnight Parade steps off at 12:01 a.m. on Saturday, July 4, 2015 to the cheers of close to 80,000 spectators.  For 40 years, the Parade has honored our nation’s Military Veterans and other U.S. Military Heroes with this classic, small town American parade. 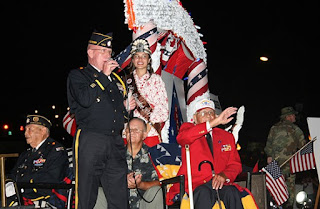 The First Independence Day Parade in the Nation has garnered national attention and award recognition for excellence in entertainment.  The Parade was recently named by National Geographic Traveler Magazine as a “Top Ten Parade to see in the US” and recognized by Livability.com as one of the “Five Best Fourth of July Celebrations in Smaller Cities.”  Additionally, the event has earned multiple Grand Pinnacle Awards by the International Festivals and Events Association. 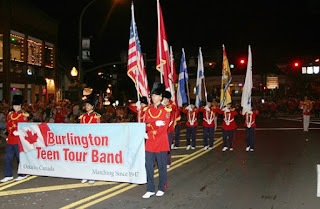 It is gratifying that the parade has gained this kind of national attention, said Vicki Simms, Gatlinburg Convention and Visitors Bureau Executive Director.  “The sheer volume of people that come to the parade, some year after year, is a testament to the entertainment value of this event. It is such an honor to be recognized nationally for 40 years of success.  We are very grateful for the hundreds of people who volunteer to make this happen each year.” 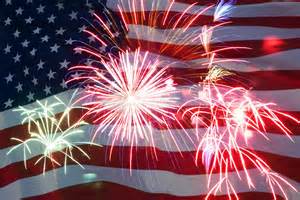 The 129th Army Band from the Army National Guard Unit in Nashville will lead off the parade with more bands to follow; some coming from as far away as Minnesota and Maryland.  With entries from five states, the parade will also feature floats, giant balloons, entertainment, exotic cars, antique tractors and military vehicles. Leading up to the Midnight Parade on Friday, the 129th Army Band will perform patriotic concerts throughout the City. See the schedule below. 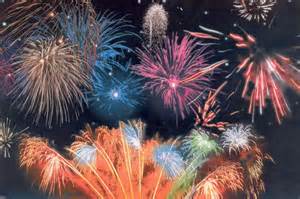 Stretching more than a mile, the Parade route begins at traffic light #1A on East Parkway, turning south onto Parkway at traffic light #3 and traveling the length of downtown to traffic light #10 at Ski Mountain Road.  Parade goers are encouraged to arrive early on Friday, July 3 to find a place along the Parkway to watch the Midnight Parade.

The festivities will conclude at 10:00 p.m. when visitors will enjoy the spectacular 20-minute fireworks display in the heart of Gatlinburg. The best viewing will be the area around traffic lights #3 and #5.  The 129th Army Band will play prior to the fireworks in a free concert at 9:00 p.m. on the Ripley’s Aquarium Plaza.

In addition to the July 4th events, the streets of Gatlinburg are filled with Appalachian music from Smoky Mountain Tunes and Tales every night through August 1.  The City offers free Parkway Trolley service, spanning the full length of the Parkway, daily through August 15.

Do not miss out on this fun family Independence Celebration! Call us today or visit our website and come join us in this special event! We hope to see you here!
Posted by Berry Springs Lodge at 2:19 AM